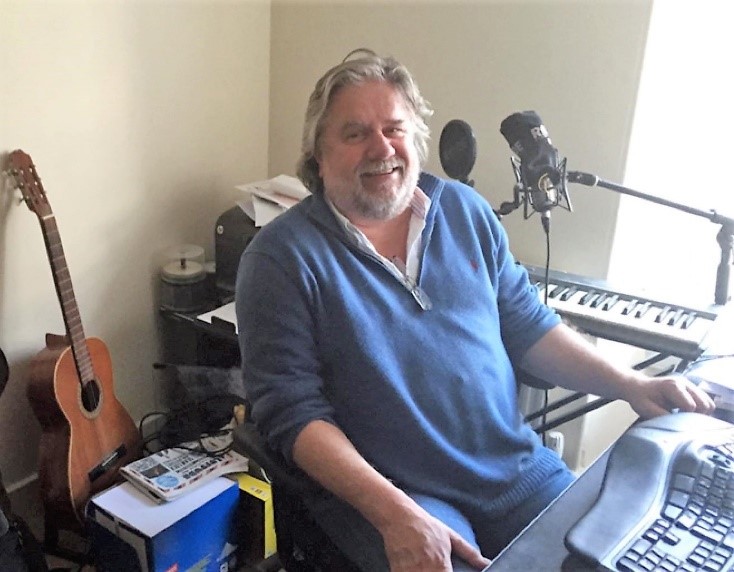 Neville Farmer directed the music for over 100 hours of television, broadcast in over 50 countries, including 10 seasons of the award-winning “Globetrekker” travel series for the Discovery Channel, “Grand Designs” for Talkback Thames and the BBC2 series “Into Africa”. He co-composed and produced the original soundtrack for the multi-award-winning movie “West Of Thunder” and for the MSNBC series “Wounded – The Battle Back Home”.

He specializes in musical collaborations and using live instruments in a very organic way. His work with Peter Gabriel’s Real World studios and on travel shows has led him to explore musical cultures from across the world, so he enjoys unusual fusions of instruments. Consequently, his compositions have featured elements as diverse as Lakota chanting, a string quartet and bluegrass Dobro guitar.

He has written songs with Andy Partridge, Deni Bonet, Clara Ponty, Yukehide Takekawa, Richard Niles and Mo Foster and has produced recordings for Kevin Brown, Susanne Bramson and others. He has performed with Robert Plant, David Rice and Johnny Kalsi and recorded with Ayub Ogada.

As a TV Producer and Director, Neville has a special understanding of the needs of filmmakers. This has led him to consult on soundtrack concepts. He is also comfortable overseeing teams of composers on larger projects. He has an O1 Visa to work in the USA and has collaborative recording facilities in New York and California.