Bozas International has a strong track record in multi-media campaign management for clients from the creative industries and charities for the environment and human rights.

We support our clients through the entire process from the inception of the campaign concept through to its manifestation. We design bespoke multi-media publicity campaigns both in house and in partnership with PR companies. Recent projects include: 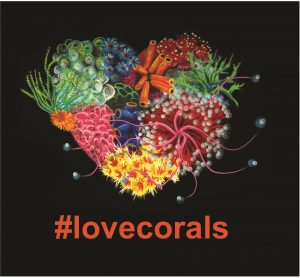 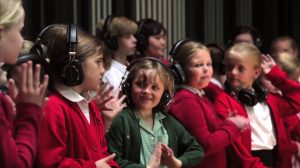 We Belong is a short film that was made as part of The Belonging Project, funded by the Wiltshire Armed Forces Community Covenant and produced with the assistance of The WOMAD Foundation.

We Belong explored what it means to a child to have a sense of belonging and feel part of a community, family or school. Many of the children involved came from Armed Forces families with a history of moving house, changing schools and leaving their friends many times.

The children wrote the song We Belong with musical director Ben O’Sullivan and recorded it at Peter Gabriel’s Real World Studios. The project provided a space for the children’s fears and hopes to be woven into a song and performance celebrating their hopes, aspirations, friendships and community. We Belong Facebook Page 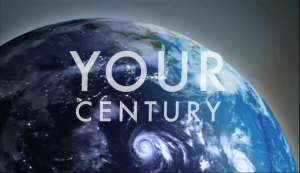 Your Century was an environmental youth leadership programme involving workshops and knowledge based experiences at the Royal Geographical Society in London. It gave participants the space to actively explore their relationship to the planet through encounters with environmental activists, spoken word artists, film-makers, artists and explorers – all seeking to challenge prevailing myths and nurture a more engaged way of living.

This Is Now – London’s endangered species 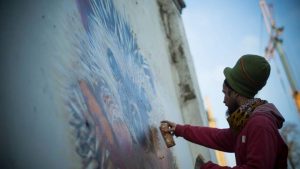 The environmental charity Synchronicity Earth celebrated its 5th birthday in 1994 with This is Now, a London street-art campaign to bring awareness to inspire people to protect nature and to realise that it is within our power to do so. The campaign marked 50 years of The IUCN Red List of Threatened Species.

Bozas International produced the film and ran the social media campaign for This is Now. It featured the artist Louis Masai giving a voice to species on the brink of extinction through his street paintings of 10 species currently or formerly found in the UK.

He painted examples of species now extinct in the UK (the lynx and the orange-spotted emerald), species at risk (the hedgehog, the house sparrow and the stag beetle), successful reintroductions (the common crane) and invasive species (the gudgeon, the scorpion, the American bullfrog and the parakeet). 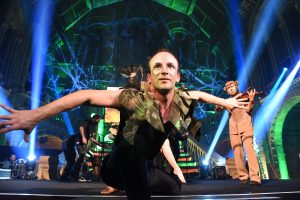 We brought environmental luminaries, musicians, performers, artists, a film crew and guests together – amidst the dinosaurs and whales of the Natural History Museum – and guided guests on a journey across many landscapes from the frozen arctic to the grasslands of Africa, connecting us to nature through all of our senses.

The Biophilia Ball celebrated the diversity of life on Earth through an immersive masked ball featuring handmade masks (representing 500 unique species from across 50 ecosystems); world music; dance; drumming; acrobatics and an art exhibition and auction, containing works by established and emerging artists – each commenting on the relationship between humans and the natural world.